Lucy Hates Her Boss ... What Should She Do? 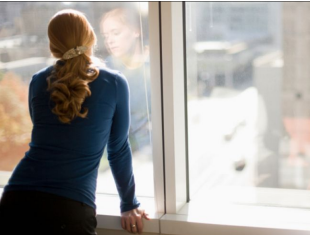 Lucy has been with the company just three years. She has received one promotion and is very career driven. She works well with her fellow employees often assisting them in their learning and without taking credit when a successful team project has been done. Lucy accelerates her own desire for learning. All good things, but six months ago Lucy got a new boss. Like all new bosses they want to make a name for themselves and certainly get to know their employees. The boss in his third meeting made a comment that really rubbed her the wrong way. She instantly formed an opinion. She became intensely disenchanted with the new boss. Fellow employees noticed this because Lucy was much more distant and much less communicative with them. She never shared her dislike, but it had an impact on others as their relationships with Lucy became less engaging. They had no idea what was going on. The team became noticeably very uncomfortable.

1. The HR manager pulled Lucy into her office and asked what was wrong as other employees shared their concern. She shared the comment with the HR manager and the HR manager asked if she had shared her feelings with the new boss. She said she had not as she did not know him well or how he would react.

2. There you have it ... one incident created a valuable employee to crawl into her shell, stall her career at least for the moment, create a less than enthusiastic team culture, etc.

The lack of engagement with one person, all be it the boss, has created a stale situation and stifled a once fast learning employee. Lucy has not confronted the comment out of fear or anxiety. The result? No progress, team is stifled somewhat, and maybe the boss will never be given the chance to explain himself or explain his perspective. My personal opinion is we need to understand the value of these situations and their power to erode really good things whether there is intent or not. Lucy also owes it to her boss to share her feelings; therefore, her lack of engagement is really unfair. This stems from the classic syndrome sweeping Corporate America "The Fear to Confront". I asked her why not share her feelings and she abruptly responded, "At my last company when I did that, I got written up". See, the lesson here is we create lasting impressions as leaders and often employees transfer those attributes from one boss to the next.

The Solution: Coaching with Thoughtful Questions

NOTE: By the way this is a real situation and has not yet been resolved - this is a friend of mine (we changed the names to protect the innocent).

Setting Goals With Employees Will Provide Coaching Opportunities
Why I Coach