What I've Learned About Coaching as a 16 Year Old

This is written by 16-Year-Old Daughter Bridget: Trust me I did not edit one word as you will see: Well Done Bridget!

My family has a running joke about my father’s intelligence - or, really, his lack of intelligence. We joke that he’s been lying to us for years about graduating college, that he’s never actually read a book, and that my brother and I must be the products of either infidelity or adoption. Even the very concept of my dad’s company has often been the subject of our ridicule - on multiple occasions, I’ve remarked, “Anyone could run his company!” While there is some truth to some of these jokes (even my mom will admit she’s never seen any physical evidence that he graduated college), I’ve gained a lot more respect for what my dad does by working at his company.

Coaching Youth Sports and Coaching in the Workplace 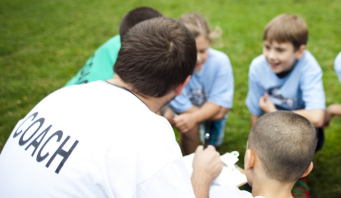