To Succeed, Let Coaching be Your New Year’s Resolution!! 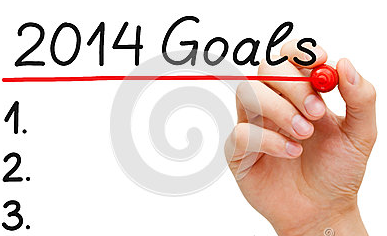 By now, if you are like most people, you’ve probably already broken your New Year’s Resolution.  The reason for this is that it probably wasn’t realistic or attainable. University of Scranton research shows 45% of Americans usually make resolutions but only 8% are successful in attaining them. The quick-fix, self-help gurus love this because it means you’ll need more help in the future since you failed on your original goal!

If you really want to make some changes in your life, you need to take small steps toward reaching your ultimate goal and you can’t expect too much too soon.  Research by psychologists, Teresa Amabile and Steven Kramer, based on diary entries collected from hundreds of American employees, indicates that regular, minor accomplishments contribute much more to happiness than do occasional, bigger ones.

The same can be said for making changes in your professional life.  As a leader or manager, have you thought about some of the goals or changes you want to make with your team in 2014?   Have you considered implementing a coaching program into your workplace?  Coaching is quickly becoming a widely-accepted strategy to develop employees.

Coaching drives performance. As a leader or manager, coaching will give you the ability to provide employees with the choice to perform better. Coaching drives engagement between manager and employee. Unlike managing, where an employee is told what they need to do to improve their performance, coaching helps guide the employee toward improvement.

Coaching drives a culture of change. Coaching inspires and motivates employees to improve their knowledge, increase skills and alter behaviors to be more positive in the performance at work.  Employees don’t arbitrarily get better because their manager told them they needed to.  They don’t improve their attitudes just because they were asked to “change their attitude.”  Managers are responsible for making sure that their employees are improving their performance.  However, developing employees doesn’t have to be difficult and it can be done effectively through coaching.  Coaching won’t change things overnight. It does take time, but the success obtained from coaching is one of the greatest things a manager can experience.

Note: most managers/organizations find excuses to NOT coach. If you and your organization adopt coaching, you will gain an immediate advantage in the marketplace!

There are many reasons why your organization should create a coaching culture but ultimately it will increase the bottom line.  Take the first step toward making a positive change in your workplace for 2014 by implementing a formal coaching program.

Coaching After the Learning is Done...What's Working?
coaching