What I've Learned About Coaching as a 16 Year Old

This is written by 16-Year-Old Daughter Bridget: Trust me I did not edit one word as you will see: Well Done Bridget!

My family has a running joke about my father’s intelligence - or, really, his lack of intelligence. We joke that he’s been lying to us for years about graduating college, that he’s never actually read a book, and that my brother and I must be the products of either infidelity or adoption. Even the very concept of my dad’s company has often been the subject of our ridicule - on multiple occasions, I’ve remarked, “Anyone could run his company!” While there is some truth to some of these jokes (even my mom will admit she’s never seen any physical evidence that he graduated college), I’ve gained a lot more respect for what my dad does by working at his company.

Although a large part of me will always believe my dad is a total idiot, he is good at one thing: talking. The ability to eloquently speak both to large groups and to individuals is a skill even some of the smartest people are never able to develop.

One of my obligations at Progress Coaching is calling clients to be sure they’ve received my dad’s audio feedback on concerns they’ve expressed through surveys. I’m usually comfortable talking to people, but I was super nervous before my first call. At my previous jobs, phone calls were almost always unpleasant. People are much more likely to be rude when they don’t have to look at the person they’re offending, so I’d been conditioned to brace myself for customers’ potentially abrasive or passive aggressive comments. But at Progress Coaching, I have yet to have even a slightly rude customer on the phone.

What is so different about the companies I’ve worked for in the past and Progress Coaching? Why would our customers be so understanding about mistakes while other companies struggle to satisfy their customers? I think the answer is that we connect well with our customers. When a customer on the phone asks me a question I don’t know the answer to, I admit that I have no idea what they’re talking about but that I’ll have someone who does call them. My dad jokes that he majored in adult education just because he heard he wouldn’t have to take any tests to earn his degree. We don’t pretend to be polished and perfect; we recognize our shortcomings and laugh about them. Our humor and lack of grace make customers more comfortable with us which makes the work we do more effective.

A lot of companies train their employees to be professional and serious when talking to customers. I think that while this is necessary in some contexts, there are also situations where authenticity is the most appropriate. It makes customers relate to the employees they’re talking to, and it makes them look forward to talking to them in the future, even if it is a problem or concern.

So even though my dad is definitely not the brightest bulb, he’s clearly connecting well with the customers considering they’re all so understanding and kind. It’s taught me that it’s not always important to appear flawless to customers; more often than not, it’s important to be genuine. 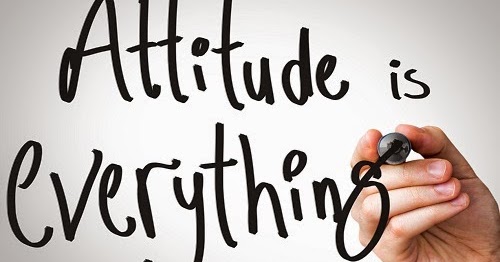 Attitude is Everything!
coaching, development, attitude

Teach Employees "How to Be Coached & Why"​: It Is a 2 Way Street!
feedback, coaching, attitude, team development