Off To A Great Start

The first volleyball match at Cedarburg high school is now completed and official. The kids played beyond virtually any expectation I had for them. We played a team with two players who were definitely going to play college volleyball and they actually held their own. We lost three straight games, but the first two were fairly close and we maintained a close score throughout both. One of my major objectives was to have the kids experience a volleyball match that was exciting along with a loud gym, needless to say, we accomplished that. The goal of starting anything isn’t just to win but I fundamentally go back to the three stages of change that we teach in our coaching course, Progress Coaching: Effort, Progress, Results. The effort was simply outstanding as we rarely made a mistake by letting the ball hit the floor due to poor communication or passing. The progress was they’ve now experienced a match on center court in an extremely loud gym with a lot of crazy student fans.

The goal when you start a program is to get the kids to have the experience so they can get addicted to the sport. I asked my son on the way home what his favorite sport was and not surprisingly the first two sports were golf and basketball and then volleyball. I asked him a second question in terms of what’s the most exciting sport you ever played and he said tonight’s volleyball match.

Volleyball is one of those sports that is so fun and so exciting to play that you have to experience it because words don’t do it justice. My goal from a results' perspective was to be competitive in matches by midseason; whereas, tonight we actually were competitive for two thirds of the match in our first match. It becomes cliché at times, but I would share with you that I’m proud of our kids as they competed hard and played unbelievably well. Off to a great start knowing we will continue to transition through the stages of effort to progress to results. 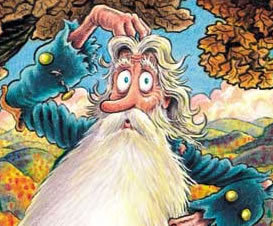